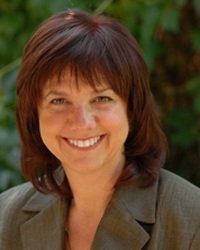 Karen was elected to City Council in 2001 and re-elected in 2004, 2007 and 2010. She has served as Chair or Vice-Chair of numerous committees such as Transportation and Public Works Committee, Executive Committee, and the Community Services Committee and was re-appointed to the Edmonton Police Commission in October, 2010.</p><p>Karen's involvement with the Federation of Canadian Municipalities has increased over the years since her original appointment in 2005. Karen has recently been elected as 1st Vice President of the Federation of Canadian Municipalities. In addition she is also the Chair of the Federation of Canadian Muncipalities Green Municipal Fund.</p><p>Karen is Chair of the Edmonton Stop Marijuana Grow Operation Coalition (ESMGOC), an organization that received Honourable Mention for the 2008 Minister's Awards for Municipal Excellence. She is also Vice President of the Former MLA Association.</p><p>Karen is also involved in several Council Boards and Initiatives including the Contaminated Gas Stations Task Force, Transforming Edmonton, Traffic Safety and the Northern /Circumpolar Initiative.</p><p>You can see Councillor Leibovici's <a href="http://www.edmonton.ca/city_government/city_organization/standing-committee-membership.aspx">membership on standing committees</a>, <a href="http://www.edmonton.ca/city_government/city_organization/council-member-appointments-to-boards.aspx#COUNCILLOR_KAREN_LEIBOVICI">appointments to boards & committees</a>, and read more about <a href="http://www.edmonton.ca/city_government/city_organization/ward-5-karen-leibovici.aspx">her professional history</a>.</p>