Thank you for reading. I know there are many climate/energy/economy blogs out there so I am happy you have taken the time to visit mine. 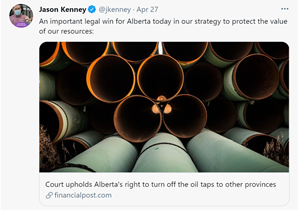 This is the way the world endsNot with a bang but a whimper. -TS Eliot, The Hollow Men 1925 By Nigel Bankes, Andrew Leach, and Martin Olszynski Alberta’s “Turn Off the Taps” legislation (see posts from Bankes here and Leach here), more formally known as Preserving Canada’s Economic Prosperity Act...
Published at Rescuing the frog
Facts matter
Posted 12/30/2019 1:42 AM

The Canadian Energy Centre (if you’re wondering who that is, it’s a pro-energy corporation funded by the Alberta government) apparently take their responsibility to tell Canada’s energy story very seriously. After seeing Bill McKibben’s op-ed in the Globe and Mail on Saturday, I...
Published at Rescuing the frog
To whom is Jason Kenney selling a bill of goods on Energy East?
Posted 6/17/2019 6:55 PM

Jason Kenney is, ahem, bending the truth, for someone on Energy East. The questions we should be asking are whether he knows that he is and, if his Energy East fantasies were to come true, to whom would he have been selling a bill of goods. The economic case for Energy East was a simple […]
Published at Rescuing the frog
Senate Testimony on Bill c-48
Posted 4/30/2019 9:37 AM 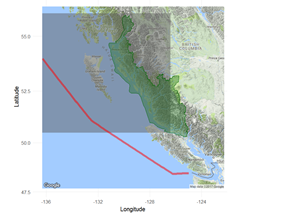 Bill C-48, An Act respecting the regulation of vessels that transport crude oil or persistent oil to or from ports or marine installations located along British Columbia’s north coast, has passed third reading in the House of Commons and is now at the Senate committee stage.  I’ve been invited to...
Published at Rescuing the frog
My thoughts on the UCP Climate Change Plan
Posted 4/2/2019 4:22 PM 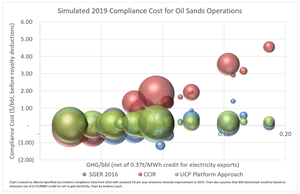 Jason Kenney formalized the United Conservative Party’s climate change and energy plans on the weekend. There’s more to Kenney’s platform than the headlines about scrapping the carbon tax – the platform is a systematic walk-back of some of the most important climate change initiatives in Al...
Published at Rescuing the frog
The price of gas and the taste of crow
Posted 2/10/2019 2:28 PM 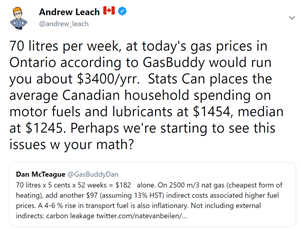 Over the past few days, I’ve been involved in a lot of discussion on Twitter and in other fora about the distribution of transportation fuel expenditures across Canadian households.  The purpose of this post is two-fold: first, to eat a little crow for an error of my own, and then to provid...
Published at Rescuing the frog
What can we learn from the church carbon tax fiasco?
Posted 1/28/2019 7:54 PM 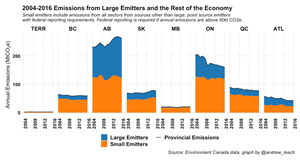 The following is a transcript of my remarks to the House of Commons Standing Committee on Environment and Sustainable Development from Monday, January 28. 2019. Please check against delivery. Thank you for inviting me to appear before your Standing Committee to make the case in favour of carbon p...
Published at Rescuing the frog
The federal output-based carbon pricing system works because it’s not an exemption
Posted 12/23/2018 2:19 PM 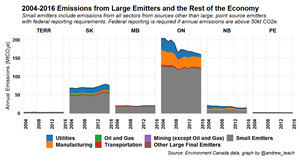 This week, the federal government announced more details of their Output Based Pricing System (OBPS) which targets greenhouse gas emissions from large, industrial facilities. These policies are complex (although perhaps not as complex as their acronyms make them sound) and build on a long line of...
Published at Rescuing the frog
The evolution of Alberta gas prices
Posted 12/20/2018 4:55 PM 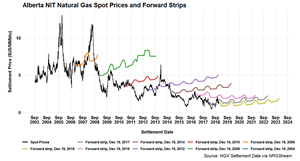 Today was mostly a course prep day for me and, as part of that, I was updating a graph package for my students.  I decided to pull down some longer history on Alberta natural gas prices and overlay them with settlement prices for futures contracts.  These are US-dollars-denominated contracts but ...
Published at Rescuing the frog
View More
Visit this blog Subscribe to this blog 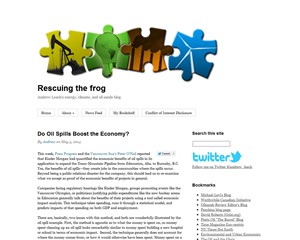