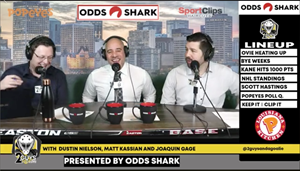 Welcome to “2 Guys and a Goalie,” starring Dustin Nielson, Joaquin Gage, and Matt Kassian and presented by Odds Shark, Popeye’s Louisiana Chicken, and Sport Clips Haircuts. The show focuses on stories, notes, transactions, and everything else happening all around the NHL and the world of hockey. ...
Published at OilersNation
Health, Instant Chemistry and Suddenly a Dangerous Second Line
Posted 1/20/2020 9:00 AM 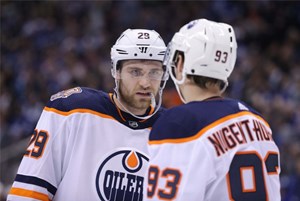 On November 30th after a solid first two months the Oilers were 16-9-3, in first place in the Pacific Division and fifth overall in the NHL. But when the calendar turned to December, the Oilers started sliding like a car without winter tires. The results were ugly. In the first 30 days of Decembe...
Published at OilersNation
Monday Mailbag – Expectations for the next BOA
Posted 1/20/2020 7:00 AM 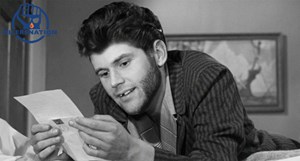 Would you look at that? Another week is in the books and that means we’re seven days closer to the start of a new season, and for that I’m grateful. This week, we look at the Kassian/Tkachuk shenanigans, Caleb Jones’ contract, the All-Star break, and a whole lot more. If you have a question...
Published at OilersNation
Oilers assign Benning to AHL for conditioning stint
Posted 1/19/2020 3:52 PM 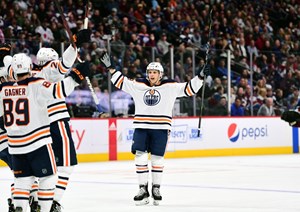 The Edmonton Oilers have announced that defenceman Matt Benning has been assigned to the Bakersfield Condors of the American Hockey League. The assignment was on a conditioning loan, the club announced. Benning agreed to do this. He wants to play and get some games under his belt before jumping i...
Published at OilersNation
The Swing
Posted 1/19/2020 1:45 PM 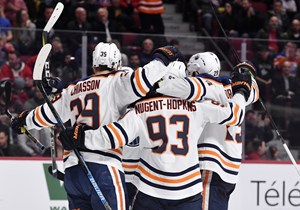 The Edmonton Oilers have been up and down more times than an express elevator in a downtown office tower this season, and it’s no surprise the emotions of a passionate fan base have been along for the ride for every one of the games they’ve played. That’s how it goes around here. Up. Down. Up....
Published at OilersNation
LAING: Well, now what?
Posted 1/19/2020 1:40 PM 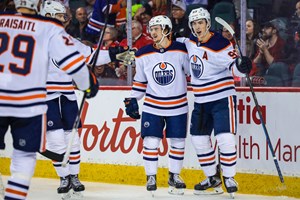 Those looking for another Edmonton Oilers fix are going to be waiting for a few more weeks with the upcoming all-star break. Edmonton isn’t squaring up against another opponent until the 29th for the highly anticipated BoA rematch against the Calgary Flames. The timing of the break is both ...
Published at OilersNation
Morning Report: Oilers Vs. Coyotes (18 January)
Posted 1/19/2020 7:00 AM 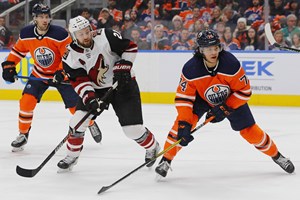 Hello Nation, This is the Oilers Morning Report, a stats-heavy, opinion-based review of the previous night’s game. We’ve all read the wrap-ups, watched the highlights, and digested the game. Whether it’s gazing to the heavens, begging the Hockey Gods for answers as to why the Edmonton Oilers lost...
Published at OilersNation
GDB 49.0 Wrap Up: Oilers head into the bye week on the high of a 7-3 win over the Coyotes
Posted 1/18/2020 3:50 PM 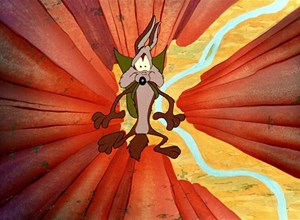 That’s a big win, boys. Enjoy your holiday. Final Score: 7-3 Oilers As I mentioned in this morning’s GDB, this was a massive game for the Edmonton Oilers and I was really hoping that they’d be able to keep themselves motivated without looking ahead at the vacation that’s c...
Published at OilersNation
Spector: Kassian contract likely in $3.25-3.5-million range
Posted 1/18/2020 3:15 PM 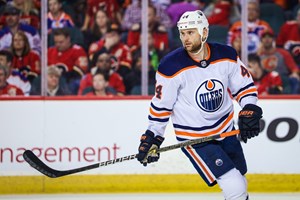 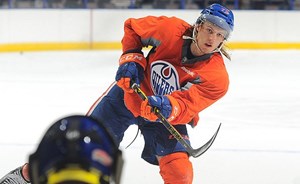 The Edmonton Oilers have assigned defenceman William Lagesson to the Bakersfield Condors, the club announced Saturday. Lagesson, 23, was recalled by the Oilers on Dec. 29, 2019 and appeared in two games with the club. In his second year of North American hockey, Lagesson has posted eight points i...
Published at OilersNation
View More
Visit this blog Subscribe to this blog 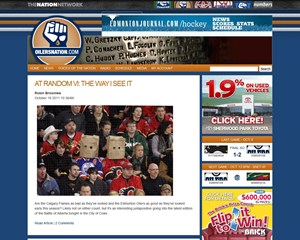