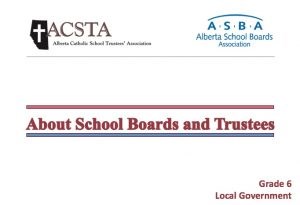 Trustee Cheryl Johner put forward the following motion to be debated at our June 6th meeting of the Edmonton Public School Board: That Edmonton Public School Board become a member of the Public School Boards’ Association of Alberta (PSBAA). Report: http://www.epsb.ca/media/epsb/ourdistrict/boardo...
Published at Michael Janz
Education is the 2nd Largest Provincial Expenditure- can we operate more efficiently?
Posted 5/31/2017 11:43 AM
Like many education and early learning advocates, I was saddened this week to hear Minister Eggen say that the province was backing away from their commitment for Full Day Kindergarten. I understand the fiscal pressures of the province and the fact that there is no NEW money — but what if t...
Published at Michael Janz
Southwest Edmonton Needs New Public Elementary, Junior and High Schools
Posted 4/18/2017 11:16 AM
Southwest Edmonton Needs New Public Elementary, Junior and High Schools Since I was first elected school trustee in 2010, advocating for the construction of new K-9 and High Schools— especially for the Southwest— has been a top priority.  However, the responsibility for allocating new schools fal...
Published at Michael Janz
2017 Re-election Campaign Volunteer Opportunities:
Posted 4/2/2017 6:25 PM
I need your help. We are building a “Campaign Cabinet” and I want you to be a part of it. In February 2017, after two years I stepped aside as Board Chair. I remain a Trustee, and if the voters will have me, I offer to serve for the 2017-2021 term. While the election isn’t […]
Published at Michael Janz
(Video) Understanding Alberta’s Education System: Public education: What should it be, and how do we achieve it?
Posted 3/30/2017 6:22 PM
Former Education Minister David King made waves today when he announced he was mobilizing a campaign (IDEA: Inclusive Diverse Education for All) to unify the Public and Catholic school boards In Alberta (and wrestle with other education issues such as assessment and citizenship). David is still v...
Published at Michael Janz
Fairness and equity for Alberta Public Schools
Posted 3/7/2017 7:49 PM

On Tuesday March 6th I moved the following notice of motion to be debated at our March 21st meeting. Be it resolved that the Edmonton Public School Board advocate to the Government of Alberta to develop a framework to ensure Public schools get a fair and equitable share of schools, modernizations...
Published at Michael Janz
It’s Time to End the Education Property Tax Designation illusion
Posted 2/21/2017 7:52 PM
Many Albertans are still under the illusion that where they designate their Education Property taxes (public, separate, undeclared) makes a financial impact on the money to hire teachers, buy computers or build new schools. It does not, and this deception is problematic for many reasons. As such ...
Published at Michael Janz
Partnership in Action: EPSB Kindergarten students to receive free EPL cards!
Posted 2/18/2017 10:58 PM
As many readers know I’m a passionate supporter of EPL and a former 6 year Edmonton Public Library Trustee. So you can likely imagine my reaction to this exciting collaboration between EPL and EPSB! I’m overjoyed by the fact that we are working together to improve early literacy and h...
Published at Michael Janz
Electing a new Board Chair…
Posted 2/15/2017 1:42 PM 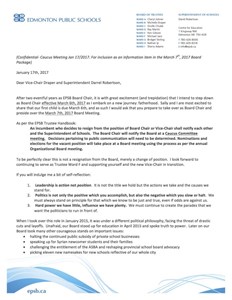 At the January 17th, 2017 Caucus meeting, I provided notice to my Trustee colleagues that after two years at the helm, I would be stepping aside as Board Chair, allowing for the election of a new Board Chair, and continuing to serve the board as Trustee for Ward F. Given the fact that my youngste...
Published at Michael Janz
Sharpen the Saw: Professional Development Opportunities in Alberta
Posted 2/11/2017 11:58 PM
How many of you have seen the #7 habits programs around your schools? Habit #7: Sharpen The Saw… I’m a big supporter of effective professional development opportunities that help connect us to the important issues in the community. I’ve found many incredible opportunities are av...
Published at Michael Janz
View More
Visit this blog Subscribe to this blog 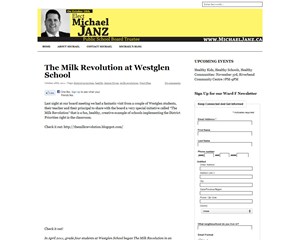